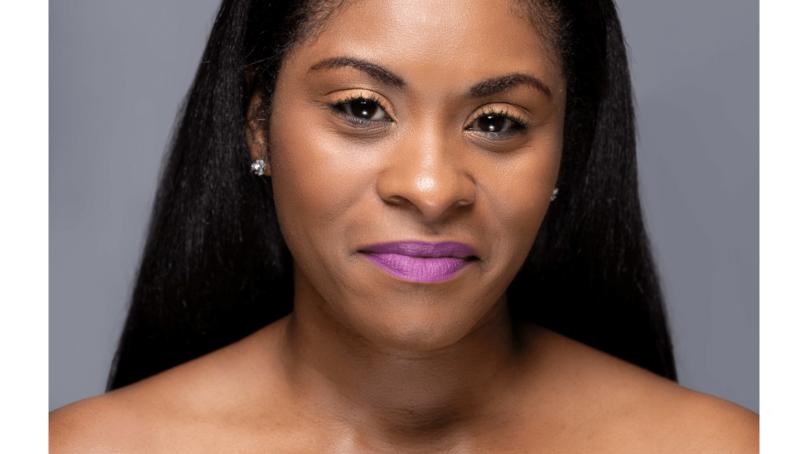 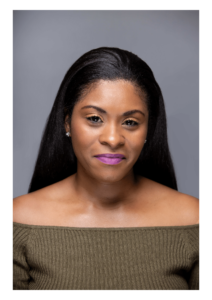 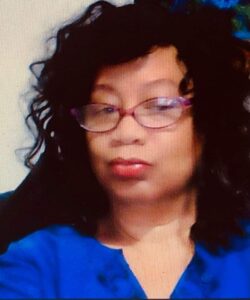 Alas, the pandemic meant she had to quickly transition from one character to another.

But, pandemic or not, sometimes actors have little to no down time in between playing two or more contrasting characters. For example, Cole once played eight or nine different characters in a single play.

Fortunately, for Cole, she is familiar with at least one technique to help her inhabit a character. Specifically, it involves listening to the types of music that the characters might prefer. Doing so helps Cole enter a character’s mood, she said.

In Cummings’ case, she might listen to Rhythm and Blues. Meanwhile, Mills might opt for Ragtime or classical music.

Cole portrayed Cummings for part of GableStage’s current, pandemic-delayed production of The White Card. Her shortened run allowed her to make it in time for the beginning of rehearsals for Palm Beach Dramaworks’ (PBD) upcoming production of Lynn Nottage’s award-winning drama, Intimate Apparel. After Cole left The White Card, another performer stepped in for her.

PBD’s production of Intimate Apparel will run from April 1-April 17.

“Oh my, what a whirlwind, what a roller coaster ride,” Cole said, referring to how different Cummings and Mills are.

Actually, they also have a couple of things in common. In particular, both are artists. Also, both characters are two of Cole’s “bucket list” roles.

Actually, when PBD’s production of Intimate Apparel closes, Cole will have portrayed three of her “bucket list” roles back-to-back-to-back. Before she played Cummings, Cole inhabited Ruth Younger in New City Players’ 2019 production of A Raisin in the Sun. Younger was yet another dream role for her.

Cole added that she likes Mills, the seamstress, because she is good at what she does. And knows what she wants.

Specifically, Mills longs for a loving husband. Also, she wishes to open her own beauty parlor. There, she hopes to treat her Black customers with the same royalty that her white customers from her work as a seamstress enjoy. But a mysterious person who starts sending Mills letters might hold the key to her future.

Nottage has a talent for pulling audiences into the world of her plays through her poetry, as well as “incredibly clear and specific” storytelling, according to Boyd.

In addition, Nottage slowly reveals her characters, unmasking them “bit by bit by bit.”

“You really feel like you get to know them,” Boyd said. “(Nottage) doesn’t allow you to stay distant from their story. I think (audience members) will see their grandparents and great-grandparents in these characters.”

In fact, Boyd said that her grandmother, who died in 2007 at age 104, shared a “remarkable strength” with Mills. Boyd’s grandmother, a farmer, was born in 1903. That is two years before Intimate Apparel’s setting of 1905.

Speaking of Mills’ strength, Cole said that one of the challenges in portraying her is finding the right balance between her strength and vulnerability.

Actually, Cole played Mills earlier in the pandemic. That is when PBD presented Intimate Apparel as part of an examination of different playwrights’ work on Zoom. Playing Mills live and in person will amount to a completely different experience, Cole said.

“Zoom can be limiting,” she said. “To bring it in the room now, and be face to face with actors, it’s way more exciting.’’

“I’m very fortunate, I think they’re a lovely talented group,” she said, referring to the cast. Its members “bonded right away.”

PBD’s production of Lynn Nottage’s Intimate Apparel will run from April 1-17 at Palm Beach Dramaworks’ Don & Ann Brown Theatre, 201 Clematis St. in West Palm Beach. The show runs about two hours.  Since the number of COVID-19 cases throughout Florida has steadily declined for several weeks, you will no longer need to show proof of a negative COVID-19 test or documentation of full vaccination status. However, the mask mandate at PBD remains in place. For tickets to Intimate Apparel, go to www.palmbeachdramaworks.org, or call (561) 514-4042.