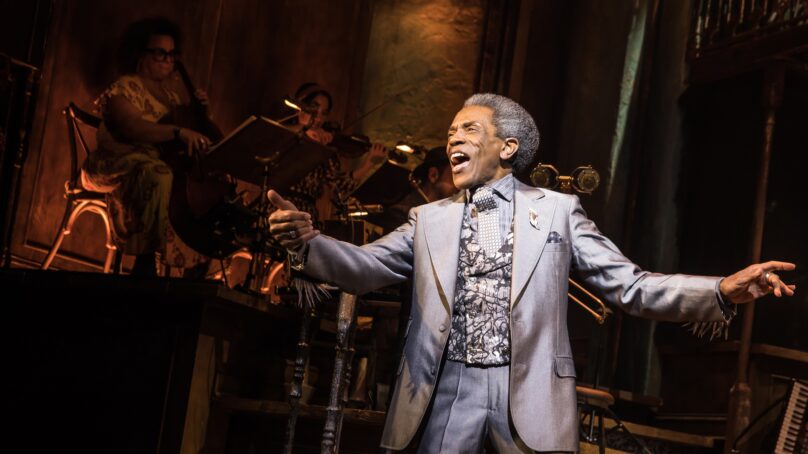 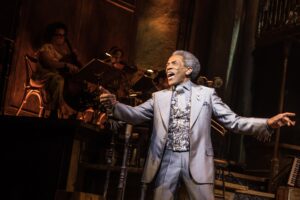 Actor Andre De Shields appears in a scene from the Broadway production of Hadestown.

Soon after Broadway in Ft. Lauderdale officials announced that touring productions will return to the Broward Center this fall, Broadway in Miami officials made a similar announcement for the Magic City.

Indeed, the 2021-22 Broadway in Miami season will kick off in late September with the Tony Award-winning musical, Hadestown. The show will be one of five to play the Adrienne Arsht Center in downtown Miami. Specifically, the season will open with Hadestown. Production dates are Sept. 28-Oct. 3. Meanwhile, the Broadway in Miami season will end in the spring, after Jesus Christ Superstar occupies the Arsht from May 31-June 5. In between the opening and closing shows, Hairspray will take the Arsht stage from Dec. 28-Jan. 2. Dear Evan Hansen will follow from Feb. 15-20. Then, Anastasia will run from March 22-27.

“We have been working diligently with producers, booking agents, and other national tour representatives to reschedule these shows on the Broadway in Miami season,” she said. “We are proud to have preserved most of the originally-scheduled Broadway in Miami season shows, and we are so grateful for the support of our subscribers and members who have remained steadfast awaiting the return of Broadway to Miami.”

The Arsht Center re-opened for limited events last November. Since then, “the Arsht Center has tested and implemented new measures for the safety and peace of mind of our guests, staff and artists,” said the venue’s president and CEO, Johann Zietsman. “We will continue to work with medical advisors and officials as conditions evolve to develop and share new recommendations prior to Broadway’s return.

But the Arsht Center has already made updates. They include digital ticketing, touchless fixtures, enhanced air filtration, and an increased number of hand-sanitizing stations. Also, Arsht officials “will share further enhanced safety protocols with plenty of time prior to your first arrival at the Center. Officials will also post updates at arshtcenter.org/covid-19

Season ticket prices for the five-show subscription package range from $191 to $764. To become a season ticket holder, visit arshtcenter.org. You can also call the Arsht Center box office at (305) 949-6722, or the Season Ticket Holder Hotline at (800) 939-8587. In addition, you can arrange priority group seating for groups of 10 by calling the Arsht Center at (786) 468-2326. Subscriptions are available now via arshtcenter.org. Meanwhile, current season ticket holders will simply move into the new show dates. Ticketholders can access their new performance dates and times by visiting http://www.arshtcenter.org/account/login or by calling the box office at (305) 949-6722.

“Subscribers should be aware that the value of their tickets is safe,” reads a press release. “If anything is to change for any reason and a subscription has been paid in full, a credit, refund or donation opportunity for the value of the subscription will be available.”

To read about the new Broadway in Ft. Lauderdale season, visit https://theatricalmusings.com/reviews-by-theater/broward-center-for-the-performing-arts/broadway-in-ft-lauderdale-back-in-business-by-november.

And a more detailed look at the 2021-22 Broadway in Miami season appears below.

Broadway in Ft. Lauderdale back in business by November

Broadway to return to West Palm Beach later this year