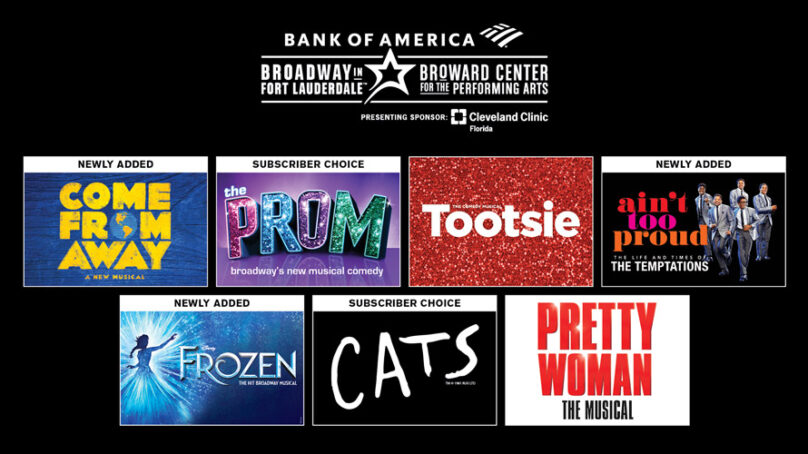 Broadway in Ft. Lauderdale back in business by November 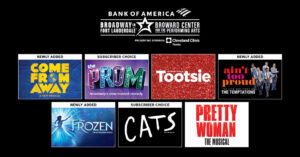 Broadway in Ft. Lauderdale at Broward Center for the Performing Arts will return to the stage this November. Specifically, the season will open on Nov. 3. That is when the musical hit Come From Away will land in Ft. Lauderdale for an 11-day run. The musical, about a Canadian town that opened its heart to stranded airplane passengers on Sept. 11, 2001, is one of three additions to the original schedule.

In addition to Come From Away, the jukebox musical Ain’t Too Proud: The Life and Times of the Temptations, as well as Disney’s Frozen will join the lineup. Before COVID-19 shuttered theaters, Broadway in Ft. Lauderdale had included Tootsie, and Pretty Woman: The Musical. The hit Broadway adaptation of Harper Lee’s To Kill a Mockingbird was also originally part of the season. However, due to current events, the play’s producers have decided to postpone the initial engagements.

In addition to the aforementioned shows, Broadway in Ft. Lauderdale audiences will be able to choose one or both of the following shows to complete their subscription package: The Prom, scheduled for Dec. 14-19, 2021 and Cats, set for April 5-10, 2022.

“The best way to guarantee your seats is by subscribing to a six- or seven-show season package now,” reads an e-mail sent to subscribers, with the subject “Broadway is Coming Back.” You can subscribe at fortlauderdale.broadway.com.

Broward Center for the Performing Arts has a health and safety plan in place in connection with COVID-19. The center developed it in collaboration with Cleveland Clinic and in accordance with local, state and federal guidelines. Officials will update the plan as the environment changes. “We will share the updated plan well in advance of the first show in November,” the website notes. To read the health and safety plan, visit https://www.browardcenter.org/visit/health-safety-guidelines?utm_campaign=FTL%202021%20Programming%20Updates%20-%20Jan%202021%20-%20Club%20No%20Action&utm_medium=email&utm_source=Eloqua&elqTrackId=4BF3605FACF3613321C7BC8CB11586F4&elq=ce7a95b7acc842a680401fd055f067af&elqaid=15238&elqat=1&elqCampaignId=

Below are descriptions of the shows.

Have a whale of a time with this Irish theater festival