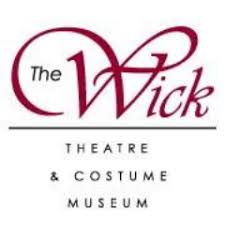 Broadway is back in Boca

Musical hits such as Mamma Mia, Gypsy, and Damn Yankees make up the Wick Theatre’s 2021-22 season, which opens on Oct. 7. In addition to Broadway musicals, the Wick has scheduled cabaret shows and special events throughout the year.

Here is the show line up:

Mamma Mia is the mega-hit, jukebox musical stuffed with energetic dance numbers and timeless pop-song favorites like “SOS,” “Take a Chance On Me,” and “The Winner Takes It All.” Based on the songs of the Swedish rock group ABBA, a young woman’s search for her birth father becomes an enchanting tale of love, laughter and friendship all set to incredible music.  Fun for the entire family.

Cabaret royalty Marilyn Maye and Nicholas King join forces in this holiday treat. These performers have devoted their lives to perfecting their style and the art of cabaret performance. Each is deserving of their own solo concert and together, are guaranteed to be a power-house combination of incredible entertainment and inspiration. Backed by a live orchestra, Maye and King will present a masterful holiday celebration for the entire family.

Many considered Gypsy the crowning achievement of 20th century musical theatre. The show focuses on the story of Gypsy Rose Lee and her mother, Rose, whose name has become synonymous with the quintessential stage mother. With music by Jule Styne, lyrics by Stephen Sondheim and book by Arthur Laurents, the songs and dialogue weave a story of love, loss and perseverance.

This modern re-telling of the Faustian legend features a book by George Abbott and Douglas Wallop with music and lyrics by Richard Adler and Jerry Ross.  Hapless real estate agent, Joe Boyd sells his soul to the devil to help the Washington Senators win the pennant.  With hit tunes such as “You Gotta Have Heart,” “Whatever Lola Wants,” and “Shoeless Joe from Hannibal, Mo.,” Damn Yankees is a winning love story and a home run.

Featuring 18 incredible hits from superstar Neil Sadaka, this show is a love letter to romance with a 1960’s beat. Starring Barry Pearl and Didi Conn from the movie Grease, a broken-down club in the Catskill Mountains becomes the center of love and romance for young and old alike as two girls on a weekend away find themselves in Heartbreak Hotel. The musical features songs such as “Stupid Cupid,” “Where the Boys Are,” “Sweet Sixteen,” and the title number.