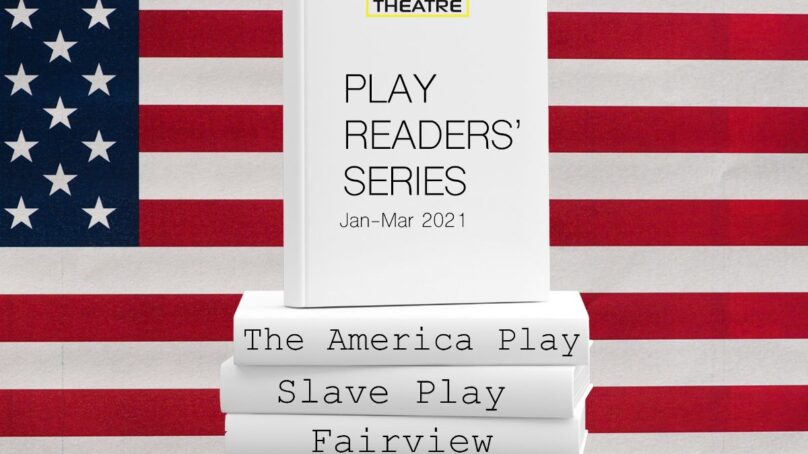 Don your thinking caps for these theater programs 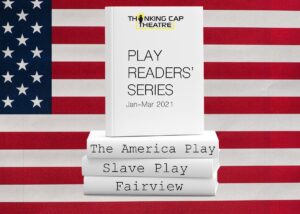 These are among the topics, individuals, and situations within three “groundbreaking, thought-provoking plays” that Ft. Lauderdale-based Thinking Cap Theatre (TCT) will use for “Race on the American Stage,” the first installment of its new Readers’ Series.

Indeed, participants will read the plays before discussing the pieces with TCT artistic director Nicole Stodard, along with a panel of other artists.

However, “please note that the Readers’ Series is not a play reading series,” an e-mail reads. “There will not be conventional readings of entire plays. Instead, this series is intended to engage the minds of readers, encourage critical investigation of meaning and dramatic form, and provide an informed, empathetic, and safe context for conversation.”

The series kicks off this month. And first up is The American Play, which Pulitzer Prize-winning playwright Suzan-Lori Parks wrote in 1993. Specifically, the piece follows an African-American gravedigger who loves and resembles Abraham Lincoln. In fact, this is so much the case that he also works as a Lincoln impersonator. Parks keeps calling him the “Foundling Father.” As an impersonator, he charges his customers a penny to take part in a reenactment of Lincoln’s assassination.

The discussion of The American Play will take place from 3 to 5 p.m. EST on Sunday, Jan. 31.

Then, following The American Play, the reading series will feature Jeremy O. Harris’ Slave Play. It is the most Tony-nominated play ever, with 12 nominations. The piece revolves around themes of race, sex, power relations, trauma, and interracial relationships. More specifically, the piece follows the stories of three interracial couples. They undergo “Antebellum Sexual Performance Therapy” after the Black partners find themselves no longer sexually attracted to their white partners. The discussion of Slave Play will take place from 3 to 5 p.m. EST on Sunday, Feb. 28.

Last up in the series is the 2019 Pulitzer-Prize winning Fairview by Jackie Sibblies Drury. At first, the play might seem like a family comedy. However, Fairview twists into a “startling examination of deep-seated paradigms about race in America,” according to a description on amazon.com. Indeed, recently retired New York Times Co-Chief Theater Critic Ben Brantley hailed Fairview as “one of the most exquisitely and systematically arranged ambushes of an unsuspecting audience in years.” Fairview’s discussion will happen from  3 to 5 p.m. EST on Sunday, March 28.

Meanwhile, Thinking Cap Theatre is planning ahead for Valentines Day. With this in mind, the company is inviting playwrights (new and established) to muse on modern love. In fact, “pleas, ploys, propositions, and proposals have been fodder for playwrights since time immemorial,” the announcing e-mail reads. “In this workshop, we invite writers to explore the open question; “Will you be my—?”

Participants will receive pre-writing instructions ahead of the first session. During that session, writers will engage in individual and group exercises to generate material for new, original monologues, and short plays. Then, in later sessions, writers will receive feedback on their work from other participants, as well as the workshop leaders. They are TCT artistic director Nicole Stodard and managing director Bree-Anna Obst.

The writing workshops will take place over Zoom. Participants will receive a link upon purchasing tickets to the workshop. It will comprise three virtual sessions: 6:30 to 9 p.m. EST Monday, Jan. 11; 7 to 9 p.m. EST Wednesday, Jan. 20; and 3 to 5 p.m. Saturday, Jan. 30.

To register for the playwrighting workshop series, visit https://www.eventbrite.com/e/will-you-be-my-playwriting-workshop-tickets-134805176913?aff=erelpanelorg&mc_cid=1c7f538bc6&mc_eid=d64f5da8aa.

Do you want your play workshopped or produced?