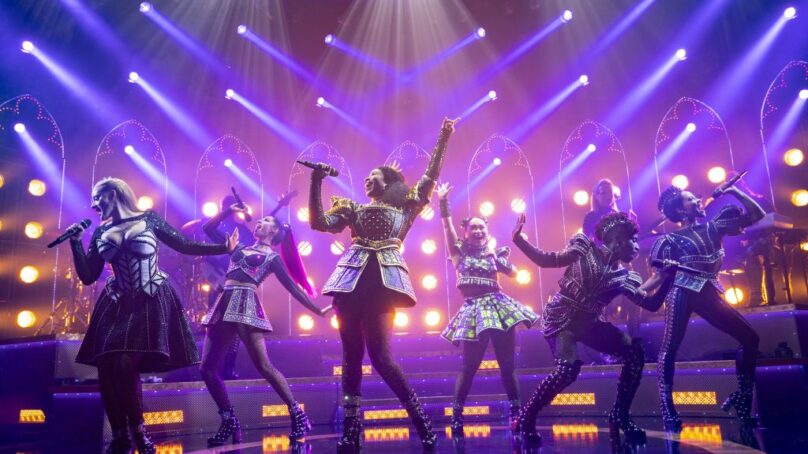 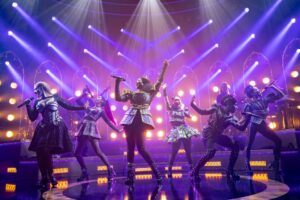 Here is the Broadway cast of Six.

Some of Broadway’s hottest shows are headed to South Florida.

Three popular shows on the list will return to the region. Namely, they are the blockbuster musical phenomenon, Hamilton, the huge hit, Chicago, and the stage musical adaptation of the movie, Mean Girls.

Meanwhile, four shows will make their South Florida premiere at the Broward Center. In particular, perhaps the hottest show on Broadway, Six, will play the Broward Center from Oct. 11-23. But if you would rather see Six in Miami, you will be able to. That is because the Arsht Center will welcome Six from Oct. 25-30.

Roughly 30 miles south of Ft. Lauderdale, in Miami, the anticipated return of Wicked will play the Arsht Center. Also in the Magic City, you can look forward to seeing the Lincoln Center Theatre’s production of My Fair Lady. In addition, for the first time in Miami, Disney’s Aladdin, and Ain’t Too Proud: The Life and Times of the Temptations will take the Arsht’s stage.

Below is a closer look at the Broadway Across America 2022-23 line-ups for Miami and Ft. Lauderdale.

From Tudor Queens to Pop Princesses, the six wives of Henry VIII take the mic to remix 500 years of historical heartbreak into an exuberant celebration of 21st century girl power.

Hamilton is the story of America then, told by America now. This musical phenomenon, winner of the Pulitzer Prize for drama and a host of other awards, features a score that blends hip-hop, jazz, R&B, and Broadway. Hamilton has taken the story of American founding father Alexander Hamilton and created a revolutionary moment in theater. Undoubtedly, it is a musical that has had a profound impact on culture, politics, and education.

Immerse yourself in the extraordinary power and grace of this show’s music and dance, beloved by fans of all ages. In 2021, Riverdance celebrated a return to the U.K. stage. In the U.K., the iconic show played to sold-out audiences in 27 cities across the country. Riverdance is a theatrical show consisting mostly of traditional Irish music and dance.

This musical involves the inspiring journey of a woman who broke barriers and became the Queen of Rock n’ Roll. She is one of the world’s best-selling artists of all time. Turner has won 12 Grammy Awards. And millions have seen her live shows, with more concert tickets sold than any other solo performer in music history. Tina – The Tina Turner Musical features her much-loved songs. The show’s creator is Pulitzer Prize-winning playwright Katori Hall. Meanwhile, the director is the internationally-acclaimed Phyllida Lloyd.

After 25 years, Chicago is still the one musical with everything that makes Broadway shimmy-shake: a universal tale of fame, fortune, and all that jazz. The musical features one show-stopping song after another and astonishing dancing. The show has won six Tony Awards, two Olivier Awards, and a Grammy.

All rise for Academy Award winner Aaron Sorkin’s adaptation of Harper Lee’s Pulitzer Prize-winning masterwork. It concerns a Southern lawyer who defends a Black man accused of raping a white woman in the South from 1933-1935. Since Sorkin’s adaptation opened in December 2018, it has attracted critical acclaim and become the most successful play in New York theater history. This version of the play, among other things, casts adults as children.

Cady Heron may have grown up on an African savanna, but nothing prepared her for the vicious ways of her strange new home: suburban Illinois. Soon, this naïve newbie falls prey to a trio of lionized frenemies led by the charming but ruthless Regina George. But when Cady devises a plan to end Regina’s reign, she learns the hard way that you can’t cross a Queen Bee without getting stung.

He earned his stripes on Broadway… now the ghost-with-the-most is coming to your city.
It’s showtime! Based on Tim Burton’s dearly beloved film, this hilarious musical tells the story of Lydia Deetz, a strange and unusual teenager whose whole life changes when she meets a recently deceased couple and a demon with a thing for stripes. With an irreverent book, an astonishing set, and a score that’s out of this Nether world, BEETLEJUICE is “SCREAMINGLY GOOD FUN!” (Variety). And under its uproarious surface (six feet under, to be exact), it’s a remarkably touching show about family, love, and making the most of every Day-O!

‘The Year of Magical Thinking’ is powerful theater at GableStage