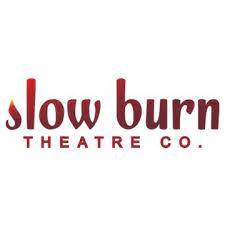 Songs for a New World, Kinky Boots, Once on this Island, Matilda, and Head Over Heels are the shows that comprise Slow Burn Theatre Company’s recently-announced 2021-22 season.

“We are so excited to return back to the stage after this extremely long intermission,” Artistic Director Patrick Fitzwater wrote on Facebook. “I am confident that ACT 2 will come back better and stronger.”

Slow Burn’s mission is to “showcase the best of contemporary musical theater to South Florida, particularly by producing high-quality shows that likely have not been seen by our audiences.”

The nonprofit, professional, Ft. Lauderdale company’s season will kick off on Oct. 14. That is when Songs for a New World opens for a run through Oct. 24.

This musical theater piece is a collection of songs. They examine “life, love, and the choices that we make,” reads a description of the show.

Songs for a New World is the first musical from Tony Award winner Jason Robert Brown. He is the artist behind musicals such as Parade, and Bridges of Madison County.

Following Songs for a New World, the Tony Award-winning musical Kinky Boots will take the stage. The multi-award-winning show will run from Dec. 13-Jan. 2. Pop icon Cyndi Lauper wrote 16 original songs for the musical. It has a book by Tony-winning theater legend Harvey Fierstein. In the show, when shoe factory owner Charlie struggles to save his family business, he finds help from an unlikely source.

“Celebrate storytelling with this rousing Calypso-flavored tale of one small girl who finds love in a world of prejudice,” reads a description of Once on this Island.

More than a month after this Hans Christian Andersen-inspired show closes, a musical which children’s author Roald Dahl inspired will open. Specifically, that show is Roald Dahl’s Matilda the Musical. The well-known show’s basis is Dahl’s novel, Matilda. It’s the story of a girl who dreams of a better life. The musical, with a book by Dennis Kelly and original songs by Tim Minchin, has won 47 international awards. In addition, the show won the Laurence Olivier Award for Best New Musical and a Tony Award for Best Book of a Musical. Roald Dahl’s Matilda the Musical will run from March 27-April 10.

Then, to close out the season, the jukebox musical Head Over Heels will run from June 10-26. The show’s music and lyrics come from the catalog of The Go-Go’s, an American rock band formed in Los Angeles in 1978. This musical adopts the plot of the 16th-century prose romance The Countess of Pembroke’s Arcadia. Head Over Heels follows the royal family of Arcadia on their journey to keep their famous “Beat.”

Below is a more in-depth look at the shows making up the company’s 2021-22 season.

Songs for a New World (Oct. 14-24): This song cycle examines life, love and people’s choices. Show creator Jason Robert Brown transports his audience from the deck of a 1492 Spanish sailing ship to a ledge, 57 stories above Fifth Avenue, to meet a startling array of characters that range from a young man who has determined that basketball is his ticket out of the ghetto to a woman whose dream of marrying rich nabs her the man of her dreams… and a soulless marriage.

Kinky Boots (Dec. 13-Jan. 2): Charlie, a factory owner, struggles to save his family business. Meanwhile, Lola is a fabulous entertainer with a wildly exciting idea. This unexpected pair learns to embrace their differences and creates a line of sturdy stilettos unlike any the world has ever seen. But in the end, their most sensational achievement is their friendship.  Featuring 16 original songs by pop icon Cyndi Lauper, a book by Tony-winning theater legend Harvey Fierstein, and direction and choreography by Tony winner Jerry Mitchell. Won the Tony Award for Best Musical, and Best Original Score and various other awards.

Once on this Island (Feb. 4-20): From the Tony Award-winning songwriting team of Lynn Ahrens and Stephen Flaherty (Seussical, Ragtime), comes the Olivier Award-winning Once on This Island. This highly original and theatrical Caribbean adaptation of the popular fairy tale, The Little Mermaid, garnered eight Tony nominations for its Broadway run, including Best Musical, Book and Score. Celebrate storytelling with this rousing Calypso-flavored tale of one small girl who finds love in a world of prejudice.

Matilda (March 27-April 10): Matilda is a little girl with astonishing wit, intelligence and psychokinetic powers. Her cruel parents do not love her, but she impresses her schoolteacher, the appropriately-named Miss Honey. Over the course of her first term at school, Matilda and Miss Honey have a profound effect on each other’s lives, as Miss Honey begins not only to recognize but also appreciate Matilda’s extraordinary personality. However, Matilda’s school life isn’t exactly pleasant. In fact, the school’s mean headmistress, Miss Trunchbull, hates children. And she just loves thinking up new punishments for those who don’t abide by her rules. Even so, Matilda has courage and cleverness in equal amounts. And she could be the school pupils’ saving grace.

Head Over Heels (June 10-26): This show is a jukebox musical comedy with music and lyrics from the catalog of The Go-Go’s, an American rock band formed in Los Angeles in 1978. The show adapts the plot of The Countess of Pembroke’s Arcadia, the 16th-century prose romance by Sir Philip Sidney. The musical follows the royal family of Arcadia on their journey to keep their famous “Beat.”

Head Over Heels opened at the Oregon Shakespeare Festival in June 2015 and enjoyed a sold-out five-month run in the 1,100-seat outdoor theater. Head Over Heels opened on Broadway on July 26, 2018, at the Hudson Theatre in a drastically different version; its final Broadway performance was January 6, 2019. The Broadway production ran for 32 weeks.