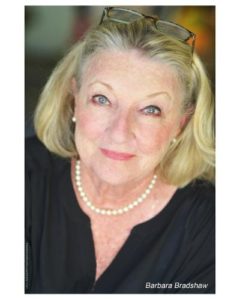 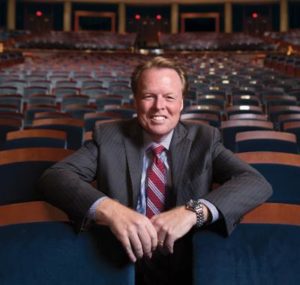 A theater production that a critic hailed as a “masterpiece,” a much-lauded performer, a nationally-renowned regional theater, and a performing arts center’s chief executive will each receive special honors during South Florida’s Carbonell Awards’ 2020 ceremony.

The annual ceremony, honoring top achievements in South Florida theater, will take place at 7:30 p.m. Monday, Aug. 3. You can watch it on the Broward Center for the Performing Arts YouTube channel, (www.youtube.com/channel/UCwYGa-RlNvCuRe34c0TxntA).

“The four winners of this year’s Carbonell Special Awards truly represent some of the finest talents in South Florida’s theatrical community, each with years of dedicated service elevating the art form,” said Carbonell Awards board president Donald R. Walters. “These extraordinary performers and presenters are particularly appreciated at a time when our theaters are dark, empty of audiences, illuminated by a single ghost light on stage, eagerly awaiting the eventual return of even more award-worthy productions and performances.”

The four special award recipients and the honors they will receive are:

The professional, not-for-profit company is committed to enhancing the quality of life “through the transformative power of live theatre.” Since its founding in 2000, PBD has delighted, touched, and inspired theatergoers with exceptional productions of a wide range of fascinating, thought-provoking works, from classic to contemporary to world premieres. The theater is also dedicated to developing new plays, and The Dramaworkshop has become a nurturing, creative environment for playwrights to cultivate their evolving work. The company continues to expand and diversify its audience through thoughtful and entertaining community engagement initiatives, and its robust educational programs are transforming the lives of students throughout the county. To date, Palm Beach Dramaworks has won more than 30 Carbonell Awards.

The Bill Von Maurer Award came into existence in 2006. The honor’s target is a theater company  that exemplifies excellence for the totality of its programming: productions, educational outreach, developmental programs and audiences served. Previous winners include City Theater in Miami (2015), Maltz Jupiter Theatre (2011), and Actors’ Playhouse at the Miracle Theatre in Coral Gables (2007).

The Ruth Foreman Award came into existence in 2000. Its namesake is a pioneer theater director and producer. The honor recognizes contributions to South Florida theater development by an individual or group, for singular achievement and/or career contributions. The Previous winners of The Ruth Foreman Award include Juggerknot Theatre Company for Miami Motel Stories (2019), Nicole Stodard for her role in the GAP Play Reading Series at Thinking Cap Theatre (2018), Florida Children’s Theatre in Fort Lauderdale (2016), and The Naked Stage for its annual event The 24-Hour Theatre Project (2014).

The Carbonell Awards’ namesake is internationally-renowned sculptor Manuel Carbonell. He designed the original solid bronze and marble award in 1976. Each season, volunteer panelists and judges choose nominees and recipients from hundreds of shows produced on stages throughout the tri-county area. For more information, visit www.carbonellawards.org.

Play finalists for Primus Prize focus on aftermath of violence