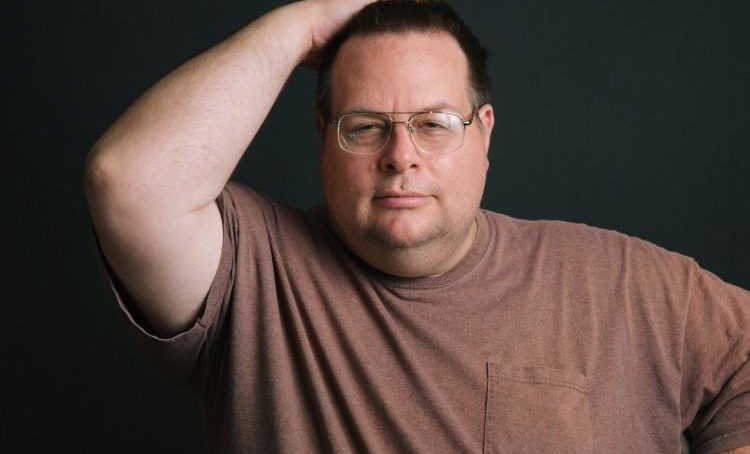 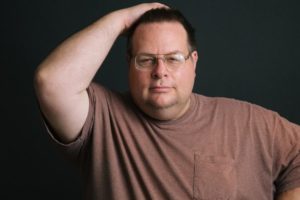 Larsen has worked in theater in a variety of capacities for most of his life.

But up until around 2015, he lived a gypsy kind of existence, with his work taking him many places.

However, something changed when he settled down in South Florida around the beginning of 2015.

In fact, he called the second gayest city in the U.S., according to the 2010 U.S. census, “one of the last strong gay theater communities.”

Larsen attributed that to supportive audiences who want to see shows.

The fast-talking, affable man, whose voice betrays enthusiasm and affection, estimated that since he came to Wilton Manors more than three years ago, he’s produced about 15 plays.

In addition, Larsen has connected with South Florida audiences.

“I see the same faces over and over and it’s a beautiful thing,” Larsen said. “I don’t take it for granted. I am very grateful.”

In fact, he recalled one man telling him that he’s seen 17 of his shows – all in Wilton Manors.

One show with which patrons have apparently connected is Now & Then. Its world premiere ran from Sept. 6-30 on the Wilton Theater Factory’s mainstage. It’s now the same space in which Island City Stage mounts its shows).

Now & Then centers on a couple, Daniel and Greg, and spans four decades. Three actors play the pair at different stages of their lives.

“We follow Greg and Daniel on their journey together in this life-affirming musical about love and the complications and rewards of staying together through life’s ups and downs,” reads a description of the show on Larsen’s website.

The musical is hardly the kind of big, splashy Broadway show your grandparents were used to. Rather, the performers play the folk-country score on guitars. The scenery, at least in the world-premiere production, was minimal. This allowed audiences to focus on the characters and their emotions.

And People raved about Now & Then on Larsen’s website, www.ronnielarsen.com.

For instance, a patron hailed the show as “one of the best new musicals of the decade.”

Meanwhile, others rhetorically asked, “Oh my God, did you wiretap my bedroom?”

That’s the kind of reaction for which Larsen aims.

“You want people to see themselves,” he said.

While theatergoers viewing a Larsen show might feel as though they’re looking in the mirror, they’re also seeing him.

“All my plays are very personal to me,” he said, adding they’re about him.

That includes shows with risqué, possibly gasp-inducing titles and content.

“Cocksucker is a very personal play,” he said.

Specifically, Larsen was referring to Cocksucker: A Love Story.

In 2008, San Francisco’s Theatre Rhinoceros mounted the play. Eight years later, in 2016, Empire Stage did so.

“The Bay Area Reporter” called it “Larsen’s most personally revealing play to date.”

As for Larsen himself, he said, unabashedly, “I’m a very sexual person. I was a big cocksucker. I wrote a play about it.”

Larsen concedes that his plays are “funny but they’re dirty. My parents would not want to see these shows.”

Indeed, a good portion of Larsen’s work features suggestive subject matter and humor. However, his plays also possess a serious side.

“Sex is everything,” the versatile theater artist said. “The only reason we have Sondheim is because two people f—ked.

But some people have a different viewpoint.

“People have said sex isn’t important,” he said. “Without the act of reproduction, we have nothing.”

Larsen said he was a “very sexual” person even before he got married to his husband, Melqui.

Larsen’s spouse suggested that the couple move to Ft. Lauderdale, since the theater artist was working on many shows in Broward County.

The couple met around 2009 in Mexico, where Larsen was vacationing.

In that country, “I did nothing for seven years. We just had a great time.”

In fact, a person’s work in live theater improves following a hiatus from the art form, Larsen said. Just “stop for a while and have a life,” he added. “It makes you hungry to have audiences.”

Besides, Larsen said, he’d been taking his theatrical work for granted. He felt “burned out,” as though he were on a “repetitive treadmill. I didn’t feel challenged.”

Now, he is “so excited,” he said, his body shaking with excitement.

Larsen’s enthusiasm for live theater started at age 7. He’d found a copy of Death of a Salesman, read it and memorized the “Attention Must Be Paid” monologue.

He moved up a grade for his reading ability, started seriously working in the theater at about age 12.

“I was almost constantly in a play,” he said. “I was immersed and obsessed with theater since 12-13.”

In school, Larsen tried out for roles and would earn major parts. He won acting contests and joined the now-defunct Fireside Theatre Book Club.

At the time, one could pay a minimal fee and receive a copy of a play a month, he said. The young Larsen regularly read scripts.

In addition, he regularly attended productions, including 90 plays in four months in London at age 17.

Larsen is an actor, director and producer “whose work has been seen in every major city in America, as well as in Canada, Australia, Italy and London,” according to his website.

A dozen of his plays have been produced and five have experienced Off-Broadway productions.

What’s his favorite play or genre?

“I like theater that doesn’t bore me,” he said.