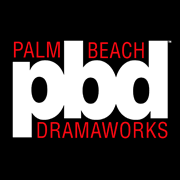 While the readings and discussions are free, PBD is requiring reservations. To make them, visit www.palmbeachdramaworks.org, or call (561) 514-4042.

Below is a closer look at the featured plays.

Two Sisters and a Piano: Maria Celia, a celebrated novelist, and her sister, Sofia, a pianist, are under house arrest in Havana, Cuba after serving two years in jail for expressing pro-freedom sentiments. Lt. Portuondo watches the women closely. He becomes infatuated by Maria Celia. When the lieutenant reveals that he has letters from her husband, who is crusading abroad for the sisters’ release, Celia strikes a bargain with Portuondo. However, it could have consequences for all their futures.

Sotto Voce: German-born, 80-year-old novelist Bemadette Kahn lives a life of self-imposed seclusion in her New York City apartment. There, she tries to shut out the memories of her long-lost love, Ariel Strauss. He is one of the 900-plus Jewish refugees who set sail from Nazi Germany aboard the St. Louis in 1939 – only for Cuba and the U.S. to turn them away. But Saquiel Rafaeli, a 28-year-old Jewish-Cuban student, is determined to convince Bemadette to resurrect the past.

Anna in the Tropics: This Pulitzer Prize-winning play is set in a cigar factory in Tampa’s Cuban-American community in 1929. There, people roll cigars by hand and “lectors” read aloud, helping the workers not just to get through the tedium of their jobs, but to engage their minds. Juan Julian, a new lector, reads to them from Anna Karenina. And as Tolstoy’s characters come alive, their yearnings ignite the workers’ own passions to life-changing effect.