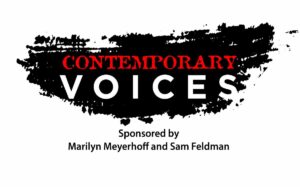 While the pandemic has forced Palm Beach Dramaworks (PBD) to postpone for a year its 2020-21 live season, the South Florida company will still offer to its audiences “Theatre to Think About.” In fact, patrons and others this year will still be able to experience two-time Pulitzer Prize-winner Lynn Nottage’s play, Intimate Apparel. And the play is part of PBD’s next in-person season. The piece, which PBD had scheduled for the live 2020-21 season, will receive a reading as part of “Contemporary Voices.”

“Contemporary Voices” will feature readings and discussions of plays “by some of the finest playwrights working in theatre today, representing a cross-section of America,” the company wrote in an e-mail to subscribers and supporters. Specifically, PBD, whose tagline is “Theatre to Think About,” will dedicate a month to each playwright. The company will present three of his or her plays on three consecutive Monday evenings. Then, a discussion of the work by theater professionals and community leaders will follow each Wednesday.

The series, which Marilyn Meyerhoff and Sam Feldman are sponsoring, will premiere at 7:30 p.m. ET on Monday, Oct. 12, with Intimate Apparel.

In addition to Nottage’s Intimate Apparel, her Pulitzer Prize-winning Sweat will be the featured reading on Oct. 19, followed by Crumbs from the Table of Joy on Oct. 26. The Wednesday evening discussions, also at 7:30 p.m. ET, will take place on Oct. 14, 21, and 28. While tickets are free, reservations are required.

“Throughout this pandemic, we’ve given a lot of thought to how we can best continue to bring you live, quality theatre,” Producing Artistic Director William Hayes said. “We’ve developed a very loyal audience for our Drama(in the)works series, and we wanted to build on that.

“We realized that not only could we expand our content, but we could use this time to do things that we could not do during the course of a normal season, like offer multiple works by a single playwright. We know you want diversity during a subscription season. But doing one-time only readings, we can offer many more plays and have the luxury of delving into the work of a single playwright for a month. Thanks to Zoom, we also have the ability to hold a discussion about each play a few days after each reading because you don’t have to travel anywhere to participate. You just have to turn on your computers. And it’s all free.

Hayes continued:  “We decided that we wanted to spotlight significant, living American playwrights from a variety of backgrounds, perhaps introducing you to works you’ve never seen before. And certainly, at this moment in time, we’ve become more aware than ever before how important it is to hear from a range of voices and viewpoints. We’re starting with Lynn Nottage because she’s the only female playwright ever to have won the Pulitzer Prize for Drama twice. As our online season progresses, we will be showcasing additional playwrights.”

Meanwhile, PBD newcomer Belinda Boyd will direct Sweat. And Reginald L. Douglas, who will also make his PBD debut, will direct Crumbs from the Table of Joy.

The following offers capsule summaries of Nottage’s plays which PBD will feature during “Contemporary Voices.”

The play is a lyrical exploration of loneliness and longing, sweet dreams and bitter truths, determination, and resiliency. Specifically, in this heartfelt and heartbreaking work set at the turn of the 20th century, Esther is a 35-year-old African-American seamstress of exquisite intimate apparel. She aches for love. But an unlikely opportunity arises when she starts corresponding with a man whom she’s never met.

Lives, friendships, hopes, and the American Dream unravel in this Pulitzer Prize-winning drama. In particular, a plant that has long employed a tight-knit group of factory workers debilitates their union. Set in blue-collar Reading, Pa., this searing and compassionate play is an all-too-timely and realistic piece about racism, the demonization of immigrants, and the disenfranchisement of the working class.

Following the death of his wife, a disconsolate Godfrey Crump moves with his daughters, Ernestine and Ermina, from Pensacola, Fla. to Brooklyn in 1950, after coming under the spell of a radio evangelist. Seventeen-year-old Ernestine is our guide through this warm memory play, a coming-of-age tale in which the sisters confront a cultural and racial divide and are challenged with new ideas including communism and interracial romance, as they seek to break free from their father’s restrictive rules.

You can reserve tickets for Intimate Apparel beginning on Tuesday, Oct. 6. Then, tickets for Sweat and Crumbs from the Table of Joy will be available beginning the Tuesday before the performance at www.palmbeachdramaworks.org, or by calling the box office at (561) 514-4042, ext. 2.

For PBD patrons who have subscribed to the 2020-21 season, the company has placed your money in an escrow account; PBD will not access the money in any way this season. If you keep your subscription, you seats and your series will remain the same in 2021-22.

Broadway to remain closed through the end of May