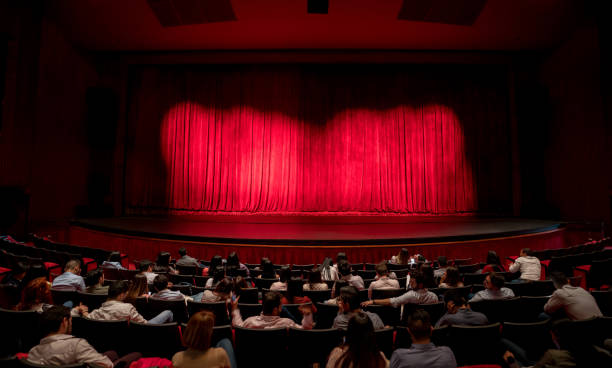 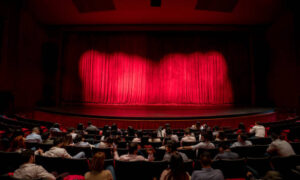 The Finstrom Festival of New Work is under way at Miami’s Zoetic Stage, with daily virtual readings of new plays. The festival’s namesake is the late South Florida playwright and arts patron Tony Finstrom. He was a long-time Carbonell Awards judge, as well as the founder of the Silver Palm Awards. In addition, he authored numerous plays and received various honors. He died in December 2018. The following is a list of upcoming plays which will receive readings on Zoetic Stage’s Facebook page, https://www.facebook.com/zoeticstagemiami.

The festival is free and open to the public.

Primal Forces, a seven-year-old South Florida company that has staged plays in various spaces in Broward and Palm Beach counties, is now called Boca Stage. And its four-show schedule will begin in November. The names of each show, as well as a description of each, are available at bocastage.net.

If you have purchased tickets or subscribed to the “unfinished” 2019/2020 season, your tickets for the last show, Warrior Class, remain valid. If you have purchased tickets to the postponed season, your tickets are also still valid when the company resumes productions in November. A theater company representative will contact patrons over the next few months to assist in picking new dates. In the meantime, go to www.bocastage.net, click on “buy tickets,” and choose your dates for each show. Then, e-mail your date choices to support@bocastage.net. Include your name and phone number.

Boca Stage is a professional theater company that has produced shows at Arts Garage in Delray Beach, Sugar Sand Park in Boca Raton, and in Ft. Lauderdale in Andrews Living Arts and Empire Stage. The company produces new and topical pieces geared toward sophisticated theater goers seeking alternatives to revivals and musicals.

Looking to the future, Boca Stage is planning a thank you gala for new and current subscribers. It will take place at 7 p.m. ET on Monday, Nov. 8 at the Pavilion Grille in Boca Raton, in conjunction with Stepping Out Florida. The gala will be free for all vaccinated subscribers. If you wish to attend, email a photo of your proof of vaccination to support@bocastage.net. Include your name, phone number, and the number of subscribers who will attend.

Also, PBD’s Master Playwright Series will provide an in-depth look at the lives and works of playwrights Wendy Wasserstein and August Wilson.

The presentations, by Mark Perlberg, the series’ executive producer, will include scenes from Wasserstein’s and Wilson’s plays, read by professional actors. A Q&A via Zoom will take place at the conclusion of each program. While tickets are free, reservations are required. To reserve tickets, go to https://tickets.palmbeachdramaworks.org/TheatreManager/1/online?event=417.

If you’ve seen the movie In the Heights (or even if you haven’t), two new locally-based producing organizations will give you the chance to see the film’s source – the Tony Award-winning Broadway musical In the Heights, by Lin-Manuel Miranda, creator of the musical phenomenon, Hamilton.

In the Heights tells the universal story of a vibrant community in New York’s Washington Heights neighborhood, a place where the coffee from the corner bodega is light and sweet, the windows are always open and the breeze carries the rhythm of three generations of music. It’s a community on the brink of change, full of hopes, dreams and pressures, where the biggest struggles can be deciding which traditions you take with you and which ones you leave behind.

Loxen Productions “is a new theater company highlighting local talent living and working in the South Florida area, bringing high-quality musicals and live performances to you,” according to its website, loxenproductions.com.

Meanwhile, Loud and Live is an entertainment, media, and live events company. It “performs at the intersection of music, sports, lifestyle, and content development,” according to its Facebook page. “Our success is driven by our passion to create engaging experiences for our global audiences.” Their website is located at http://loudlive.com.

Theatre Lab, Florida Atlantic University’s professional resident professional company, is presenting in-person summer readings of plays. While a couple have sold out, tickets remain for others.

The reading at 3 p.m. ET on Sunday, July 11, will feature the 2017 Pulitzer Prize finalist The Wolves by Sarah Delappe.

The play is a portrait of life, liberty, and the pursuit of happiness for nine American girls who want to score on the soccer field.  Over the course of a season’s triumphs and defeats, the team takes to the field in this comic and bracing portrait of young women coming of age in contemporary America. For tickets, go to https://docs.google.com/forms/d/e/1FAIpQLSfRXVYwmVtyttG6-q9_HgnpofVugWsuNz4iofRxwvp1Yp-cbA/viewform,

Next, Theatre Lab will feature a reading of The Book of Will, a national award-winning piece by Lauren Gunderson.

Just three years after William Shakespeare’s death, botched and pirated versions of his plays are appearing all over London. His friends and company members can see just one solution: printing an official version of all his plays in a single folio edition in order to preserve them and ensure their future. They may not have any money or clear-cut rights to his work, but they’re armed with wit, humor, a deep camaraderie and a passion to preserve the plays that shaped their lives. With the help of their wives and colleagues, two actors set out not only to print a collection, but to uphold a legacy for the world.

For tickets, go to https://docs.google.com/forms/d/e/1FAIpQLScarS4peSTtRMISVzCHMwQkRzF3trxsclBxubDxU-tID2wVwQ/viewform

Not your ordinary Town Hall event