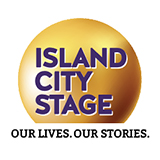 Playwright peels away ‘The Niceties’ from her piece

“We spend so much of our time berating the far right for being racist,” Island City Stage (ICS) Associate Artistic Director Michael Leeds says. However, “we don’t often look to ourselves to see how we might be perpetuating the system. We’re always the ‘nice’ guys. But what happens when we get beyond the niceties?”

You might find the answer in The Niceties, a drama by Eleanor Burgess that ICS will produce early next month. Specifically, the nonprofit, professional company in Wilton Manors will mount The Niceties from April 2-25. The production will be a live, in-person event from April 2-16. Then, you can stream the production from April 16-25.

In the play, race, history, power, and more collide when a brilliant black student and her white professor meet to discuss the younger woman’s bold thesis. The Niceties takes place on a progressive college campus in the months before President Trump’s election.

“As ‘The Niceties’ are stripped away, you’ll find it harder to choose a side,” reads an ICS press release. And you’ll wonder “if winning is really an option.”

“What struck me about The Niceties was realizing that even the most progressive and educated people in our community have allowed systemic racism to thrive, often while claiming that they didn’t have a racist bone in their body,” Leeds says.  He adds that The Niceties is “great theater; it forces us to think about how to create change in ourselves and our society.”

Burgess’ work has received productions at numerous theater companies. In addition, the screenwriter and playwright has been a staff writer for Perry Mason on HBO. This award-winning writer recently completed the M.F.A. in Dramatic Writing at NYU/Tisch. For more information about Burgess, visit her website at http://www.eleanorburgess.com. And for tickets to either live or video performances, go to islandcitystage.org.