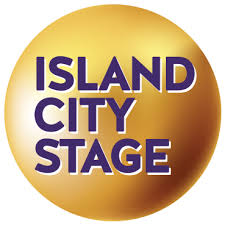 Artistic Director Andy Rogow said that responses from a recent survey of patrons informed this decision. Specifically, a “portion” of respondents indicated they are ready to return to the theater. At the same time, many patrons requested online shows.

In a video, Rogow sought to assure audiences that they will be safe in the theater.

For instance, everyone will have to wear a mask inside the theater. Also, Rogow said he has reconfigured the auditorium to ensure social distancing. The maximum number of audience members in the theater for a performance will be 35. Actors will be distanced at least six feet from the audience. Further, productions will not include intermissions and the theater will not sell refreshments. Rogow also is encouraging patrons not to come early. Instead, they should arrive just before the show starts. All of these measures are designed to ensure that audiences do not congregate in the lobby. After people arrive, they can immediately proceed to their seat.

Staff will clean the seats and surfaces daily and has added ultraviolet light to the air conditioning system in an effort to combat the coronavirus. Indeed, an article on WebMD.com begins this way: “The coronavirus pandemic has breathed new life into a decades-old technique that can zap viruses and bacteria: ultraviolet light.”

Meanwhile, actors will seek to breath new life into the productions. Each will feature a cast of one to three performers.

The nonprofit, award-winning, professional theater company’s season will open with the world premiere of drag persona Dixie Longate’s new show, Dixie’s Happy Hour. People will be able to see it live as well as on video. Island City Stage will present the show live for two weekends, starting on Oct. 30. The company will “start with a few performances to see how many people are interested in coming in person,” Rogow said. If demand is high, Rogow will add live performances.

‘Right now, the world needs a drinking buddy,” reads a show description on the company’s website. “And there’s no one more qualified for the job than Alabama’s favorite daughter, Dixie Longate – a gal who’s never too far away from a cocktail.  Island City Stage invites you to join Dixie for this uproariously raucous 80-minute joyride where Dixie will serve the four basic food groups: gin, rum, vodka and tequila.

During the holiday season, the company will present Island City Stage Holiday Spectacular. Rogow said the show will feature “many” past ICS actors performing holiday favorites in a virtual-only production. The show will be akin to “an old 60’s, 70’s TV variety show.”

Then, in February, ICS will perform the world premiere production of a new piece titled Compensation, by Hannah Manikowski.  In the play, a young gay couple hire a young woman to serve as the surrogate for their baby.

“It’s a really interesting play, I’m very excited about it,” Rogow said. Audiences will be able to watch Compensation both live and online.

Ditto for the last two productions of The Niceties and Bright Colors and Bold Patterns. In the former, an accomplished Ivy League professor holds routine office hours with an ambitious student to discuss her thesis. The play asks: If the victors write history, who tells the story of the oppressed? Meanwhile, Bright Colors and Bold Patterns is a “hyper-verbal and tragicomic one-man show,” according to studiotheatre.org. The play is about “assimilation, liberation, and gay fabulosity from the perspective of the worst wedding guest of all time.”

Rogow said that he may have to alter plans according to the state of the pandemic.

“Things have been changing really on a daily basis for the last few months, so we never quite know,” he said. “But whatever we do, we will do interesting productions.”

Rogow said he chose shows that he felt would be easy to receive permission to produce online and would be easy to film.  He added that producing a show online adds to the expenses of mounting a production. However, several donors have pledged support for video productions “and we really appreciate their support.”

In fact, Rogow said he appreciates all of the company’s regular patrons.

“I really want to say from the bottom of my heart how much I miss seeing all of you, and how appreciative I am that so many of you have stuck with us and supported us through these months as we try to work on how we’re going to continue to serve you and the community over the next year or so.”

For more information about Island City Stage, its shows, or for questions, visit https://islandcitystage.org or call (954) 928-9800. To watch the video in which Rogow made the new season announcement, visit https://www.facebook.com/IslandCityStageFL/videos/941495556376883.