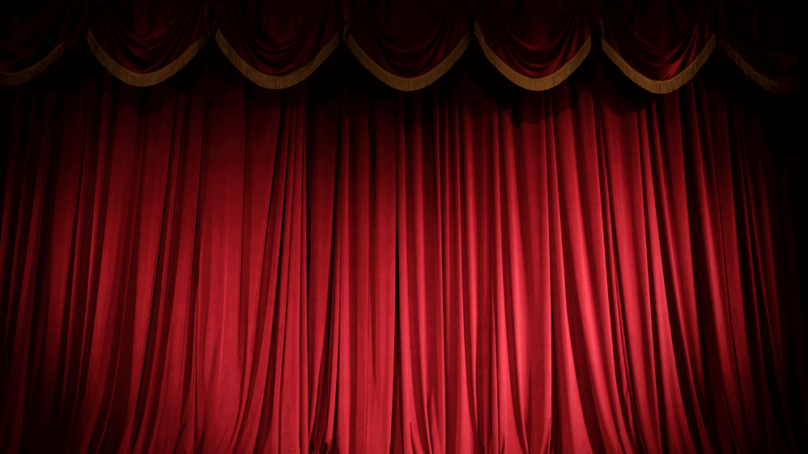 WILTON MANORS, Fla. — Like a speeding bulldozer crushing everything in its path, a nightmarish past comes barreling back into the lives of two lesbians about to get married in “Son,” a new work by playwright James L. Beller Jr.

The promising new play, which needs work, is receiving its world premiere in a gripping production at South Florida’s Island City Stage through May 7. The production features some of the finest acting you’ll witness on a stage this season.

Jean and Day live with their 15-year-old son, Perry, and are about to tie the knot. On the surface, it seems as though a happy future awaits them and their son. However, a knock on their door just before the women’s wedding changes everything. It’s as though that knock opens a wide black pit in the ground, into which the family free-falls, with seemingly no light or bottom in sight, their wedding plans cancelled and their relationship changed – forever.

Beller’s riveting, dark play serves as a stark reminder that sometimes it takes just one wrong move, one deed with no forethought to forever alter lives. After said move is made, nothing feels normal, routine or comfortable again. Life becomes a dizzying, depressing haze of second-guessing, tension, panic, low self-esteem and loneliness.

The aforementioned deed is allegedly the work of Perry, a sulking teenager prone to wearing gothic, some may say devil-worship clothing, making rash decisions and having temper tantrums. From news reports, we’ve heard about someone like Perry, who paints his nails black. He’s the type of youngster who may have been bullied mercilessly, acted strangely and seemed aloof, all the while adults thought nothing about his demeanor– until it was too late and tragedy struck.

“Son” is no doubt a timely play, but at first glance, it can come across as unoriginal – yet another play about a troubled teenager whose parents are strict with him, to little or no avail, and are at a loss as to how to help him navigate a world at a delicate age, during a time period when information spreads faster than you can snap your finger. It’s, say, 4 o’clock on a weekday afternoon and you don’t know where your kids are, who they’re seeing and what they’re doing with those people.

Yes, we’ve seen this type of play before.

Plays with these types of plots can provoke debate, discussion, raise awareness and lead to action –possibly saving a life or keeping one from being ruined forever.

But “Son” is different than other plays with similar themes and plots. The alleged deed serves as the catalyst for the revelation of a shocking truth about Perry and his biological mother. It’s one that she’s never told anyone. It will blindside you.

Beller uses short and pithy scenes (the action moves at a cinematic-like pace under Michael Leeds’ direction) as well as snappy dialogue to keep the edges of our seats warm as we wonder who’s telling the truth in connection with the alleged crime. At the same time, the play’s rising action builds with suspense to that draw-dropping revelation.

Beller has created likable characters; Jean and Day are high-strung, but loving parents who want to do the right thing for their son. While he’s hardly the perfect, All-American boy, the playwright has depicted Perry as a troubled but good-at-heart youth, one who has not just a conscience but a soul.

Under Leeds’ sensitive, detailed direction, the actors honor Beller’s writing. They find the compassion and heart in these characters. They’re portrayed so realistically, with such spontaneity and nuance during Beller’s short windows into their lives, that we almost feel guilty for prying into their existence during this difficult time for them.

“Son” is filled with pathos, leavened with moments of humor, but finding credibility in some of Beller’s writing is hard, to say the least.

In the beginning, Jean and Day have just returned from a party with fellow lesbians Lisa and Margaret. The entertainment for the evening?

It’s a stretch, at best, to believe that lesbians would find much interest, amusement or arousal in the antics of a male who strips nude for entertainment. Furthermore, one of the gals has chosen, of all people, a policeman to serve as the stripper for the evening. On an ad posted to Craig’s List, the choices included policeman and fireman.

Huh? These public servants must really not care much about their image – or their job, come Monday morning, to offer their “side services” under the umbrella of “The Village People Stripper Service.”

Later in the play, Perry tells his mothers that he’s going outside, even while wearing an ankle bracelet.

Jean: Where are you going?

Perry: What difference does it make. Not like I can do anything or go anywhere with this thing.

Day: Perry, would you please tell us where you’re going?

Jean: You will be back in time for dinner, do you hear me? Seven o’clock. Seven O’clock.

It seems hard to believe that the women, especially Jean, who’s been strict with her son and cares deeply about him, would let him leave home, fully knowing he’s wearing an ankle bracelet, which prohibits him from leaving the house.

Of all the characters, Perry undergoes the biggest change, from angry, frustrated, impulsive teenager to a sensitive, caring lad you’ll want to hug if you’re childless and wish you had a son.

The cast excels, including Gabe DeWitt in a mostly impressive portrayal as Perry. This teen performer launches into Perry’s sullen moods and temper tantrums without any of it seeming forced. But DeWitt also proves adept at playing Perry more subtly and sensitively, conveying a kinder teen during the latter parts of the play.

The knock on DeWitt’s performance is that he was inaudible at the play’s beginning during the performance the day after opening night.

Arlette Del Torro disappears into the character of Jean, endowing her with a convincing emotional intensity suggesting a high-strung woman. Del Torro is equally adept at portraying frustration and compassion.

Elizabeth Price also shines as a loving, sensitive mother who is quick to worry. Both women display telling facial expressions. They speak volumes and even when silence invades scenic designer Michael McClain’s spacious, orderly set of the family’s Maryland apartment, there’s palpable tension as one of the women shoots an accusatory glance at the other.

The appearance of the orderly set, which suggests contentedness, nicely symbolizes what’s going on in Day and Jean’s life.  Tension is simmering under their seemingly comfortable existence.

Marital problems and other issues start coming to the surface before free-falling, with Jean, Day and their son, down that wide, black, bottomless pit.