Theater is continuing through the pandemic — just not live 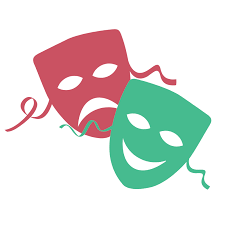 Stage shows are going on – maybe not live, but via live streaming. Since a pandemic is gripping the world, theater lovers are not able to experience the vitality and immediacy that comes with truly live theater. However, that doesn’t mean theater can’t be a part of your life under quarantine.

With that said, here are some ways to indulge your hunger for live theater without leaving your home.

The following is the order in which the festival will release the films:

Minds Pushed to the Edge

Antony and Cleopatra: June 25 to July 16

Meanwhile, Theatre Lab’s “Parts of a Story” and “Elements of a Monologue” workshop from the inaugural monologue festival remain on the company’s Facebook page. You can watch it at any time. Also, Theatre Lab will provide a brief “Scene Writing” workshop live on Facebook at 12:30 p.m. and 7 p.m. Thursday, April 16. Anyone interested in the process can tune in live for some tips on how to create compelling scenes and dialogue, which they can use to try their hand at a two-person, three-page play. Theatre Lab will accept submissions through 10 a.m. on Monday, April 20. E-mail submissions to Jill Carr, Director of Education and Community Outreach for Theatre Lab. Her e-mail address is carrj@fau.edu. A selection committee will choose the pieces that best fit the “Heroes” theme and distribute them to actors and directors to rehearse and prepare for performance.

The show goes on with the Drama Desk Awards